Opening Speech Given to the 12th GRCC, Dubai, November 2018

This is the transcript of a speech that Dr. Kälin gave during his welcome address at the 12th GRCC, held in Dubai in 2018. During this address, Dr. Kälin spoke of the power of paradigm to constrict or open up one's vision of the possible. Reflecting on a slightly tumultuous year for the investment migration industry, he reminded attendees that 2018 was, in fact, a hugely successful year, with two new programs opening up in Europe and general awareness of citizenship-by-investment always increasing.

We are in the year 1911, shortly before the First World War. Maybe some of you have heard about the French general Ferdinand Foch, who later became the Supreme Allied Commander during the war, who was a brilliant strategic thinker. He made the following comment: “Airplanes are interesting toys, but of no military value.”

In 1977 Ken Olsen, the Founder and President of Digital Equipment Corporation, stated: “There is no reason for any individual to have a computer in their home.”

At the World Economic Forum just at the beginning of the new millennium, Bill Gates proclaimed: “Two years from now, spam will be resolved.”

And then, in 2003, I met for the first time in my life a senior government official of St Kitts and Nevis, the Cabinet Secretary. When I suggest that the Dominica citizenship-by-investment program at that time is run quite efficiently, whereas the St Kitts and Nevis program could be improved, the Cabinet Secretary gets angry. He picks up his St Kitts passport, which was just lying on this desk, and waives it in the air: “We will never allow our citizenship to be sold like they do in Dominica. Never!”

Sometimes our paradigms are way off the mark. Paradigm is just another word for perception: it is the way you see something, it is your point of view, your frame of reference.

It is like wearing glasses: when you have incomplete perceptions, it’s like wearing the wrong glasses, the lenses then affect how you see things. You then look for evidence to support your belief.

At the time I met the Cabinet Secretary in his office at Government Headquarters in St Kitts, his paradigm was that citizenship is somehow a sacred birth right and cannot be made available to foreigners just on the basis of an investment. This was his firm belief. It was probably the belief of most Caribbean people back then.

Today, if you do a poll in the Eastern Caribbean countries who tremendously benefited from their citizenship programs, most will be totally supportive of citizenship-by-investment, and everyone understands its value for the economy and society. People in Dominica recently suffered two consecutive tropical storms that severely damaged its infrastructure, destroyed entire villages and took many lives. The citizenship-by-investment program – the Dominica passport in a way – was literally a lifeline, if not the only real lifeline, as there was no comparable support from outside. Almost all Dominicans, I think, would endorse their citizenship program today.

In the rest of the world there are still a few people who think that citizenship should under no circumstances be made available for investment. But times are changing.

More and more people and governments start to understand that – like so many things in life – it is not per se a bad thing. It depends how you do it.

Done right, it is beneficial for everyone involved: of course the foreign investors who improve their mobility and personal security, but also the countries and their people who are able to access much needed foreign direct investment this way.

The St Kitts and Nevis government a few years later embarked together with Henley & Partners in the most significant expansion of any citizenship program in modern history. This successfully managed to keep St Kitts and Nevis out of the serious fallout from the 2008 global financial crisis. The Cabinet Secretary himself became a glowing supporter of citizenship-by-investment. His paradigm shifted completely.

Besides paradigm, another word I really like a lot is milestone. The word ‘milestone’ refers to the markers along a road that signal to the traveler that they have reached the next mile on their journey. The milestone metaphor is perfect for this annual conference and the significance it holds, not only for all of us at Henley & Partners but also for the world’s leading investment migration stakeholders whom we host each year.

The journey that we are on has a clear destination. Our goal is global citizenship as the template for the 21st-century world community and the full acceptance of investment migration as one of several legitimate and necessary vehicles for getting us there.

Our vision is of a world in which sovereign states face no barriers in harnessing the value of their citizenship they need to thrive and create prosperity for their people.

If I think back to last year’s conference in Hong Kong and the events that have unfolded since then, I am struck not so much by the numerous challenges we have faced as by our extraordinary progress in the face of these challenges.

This year, two new citizenship programs are launched in Europe, and we see existing residence and citizenship programs around the world attracting more interest than ever before, while also consolidating their position with stronger due diligence. Many countries are reporting record-high foreign direct investment inflows as a result of their programs, with a positive multiplier effect in their economies.

No single country exemplifies the success story of investment migration more than Malta.

Malta has a rich and complex history, marked by many interactions with Phoenicians, Greeks, Romans, Arabs, Normans, French, and British over the course of the centuries. It is only in recent decades that Malta has experienced true independence, and the long struggle to get to this point means that the Maltese people hold their sovereignty sacred.

If Malta was to hold its weight in an international landscape being completely reconfigured by globalization, it would need to assert its sovereignty and reduce its reliance on tourism, on external donors, and on traditional means of generating capital.

This is precisely what the government is able to achieve with investment migration.

Since the launch of the Maltese citizenship-by-investment program, the Maltese passport has opened doors for many people from all over the world – and has put Malta on the map worldwide. And it has already given an incredible boost to the Maltese economy and society.

I want to take a moment to acknowledge just a few of Malta’s astounding achievements in this year alone.

During the first half of 2018, Malta became the fastest growing economy in the Eurozone, boasting an economic growth rate of more than 5% — this despite Malta being the smallest Eurozone member. Malta is in fact now outperforming all other EU countries in several key economic indicators.

Malta’s debt-to-GDP ratio has fallen by nearly 30% in recent years and now stands as one of the lowest in the EU.

The country’s unemployment rate is now less than 4%, which puts it in an impressive second place in the EU, just after Germany – and probably soon ahead of Germany.

The property market in Malta, which took a knock during the last crisis, is now the fastest growing in the world.

In a policy paper released earlier this year, the IMF issued a vote of confidence for the Government of Malta and urged it to continue its successful strategy of reform.

Nobody could deny these simply stunning achievements.

One of the key drivers of the Malta success story is in many ways the Malta Individual Investor Program. It has brought over 1 billion Euros into Malta since its launch and has also helped the country reverse a decades-long deficit trend and for the first time to report a budget surplus.

The most encouraging part of this story is the fact that it is being repeated — to various degrees — all over Europe, as well as further afield. A recent report put the total amount of foreign direct investment generated in Europe through investment migration programs at 25 billion Euros. If we add the revenues generated in the rest of the world, we are looking at a truly staggering figure.

As we take a moment to pause and recognize the sheer scale of our impact, I am sure that we will have many such moments over the course of the next few days. Gathering together once a year in Europe, Asia, and the Middle East gives us the opportunity to celebrate the progress we have made since our last milestone and to map out where we want to be one year from now.

I invite you all to share in this process. I have no doubt it will be as rewarding as it always is and helps us to keep our perspective. 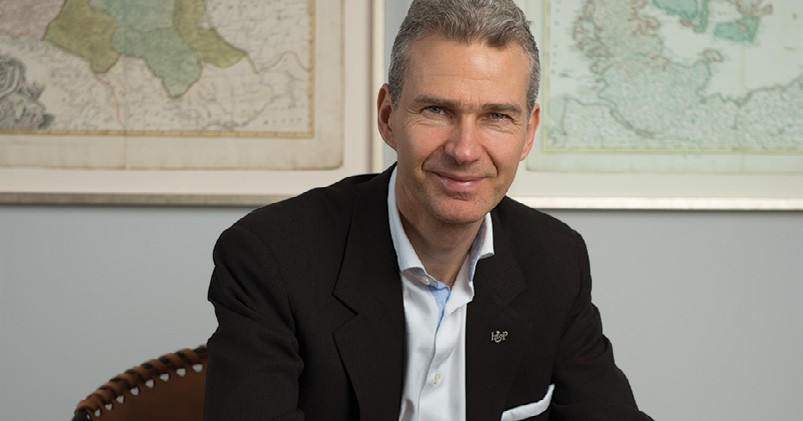